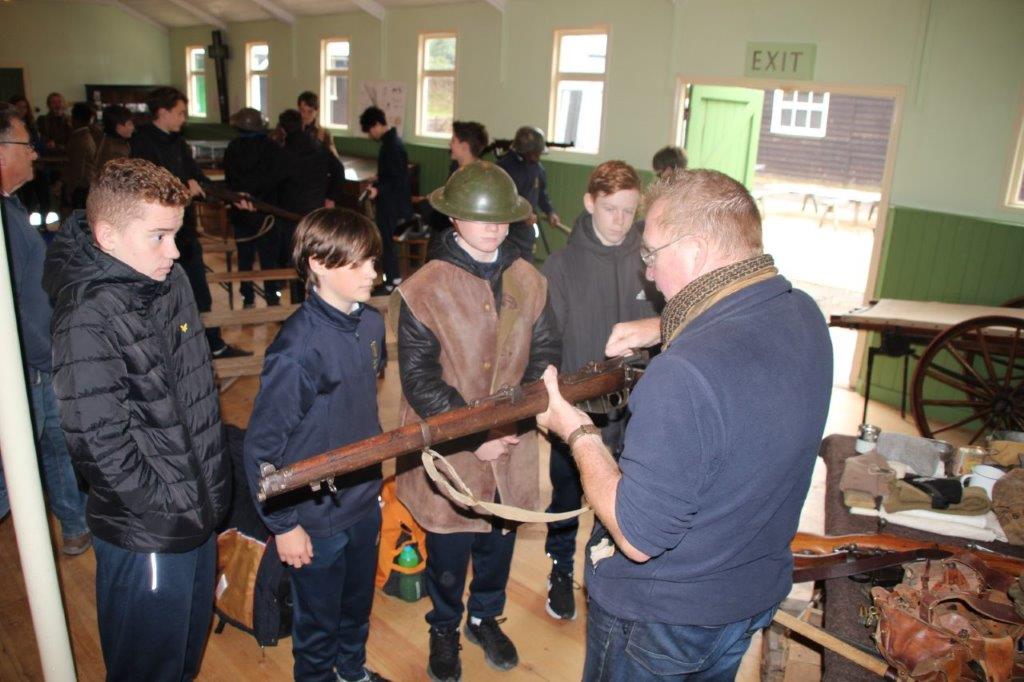 On Monday 18th October Year 9 pupils spent the day learning about the First World War, in preparation for their new topic of study after the Half Term break. On the day pupils travelled to the Great War Huts in Hawstead where pupils had a chance to learn about the causes of the Great War, the British Expeditionary Force, and the reasons why men throughout the British Empire signed up to fight. They also had the opportunity to get hands on with the equipment and uniform worn and used by the men who fought in the Great War. Pupils then travelled to Trench Farm to see authentically recreated British and German trench systems before finishing the day at Ipswich Old Cemetery where pupils learnt about burials of the dead soldiers, the ethos and role of the Commonwealth War Graves Commission and had the opportunity to pay their respects to the soldiers that died in the First World War with the laying of a poppy wreath on behalf of Colchester High School. The pupils also managed to find the grave of a Victoria Cross winner from the war.