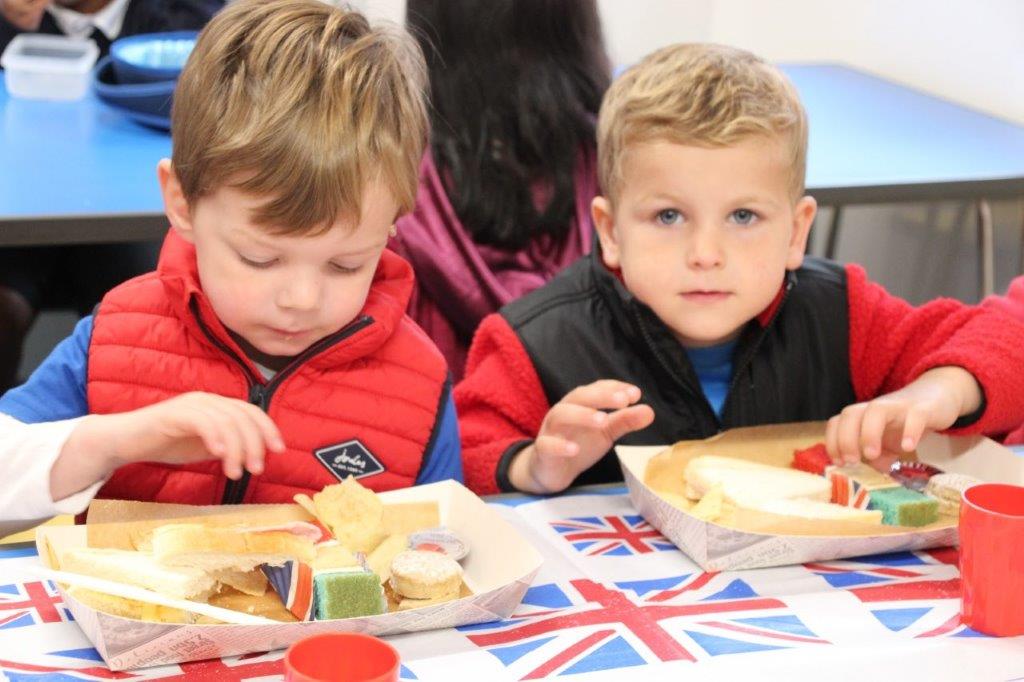 Today we have thoroughly enjoyed celebrating the Queen’s Platinum Jubilee.  Pupils have all marked the occasion by wearing red, white and blue, accessorised with some amazing crowns in Nursery and the Prep School.  Throughout the day, pupils have also participated in a range of Jubilee activities including a House chronology and research project for Years 1 to 6, Jubilee Stop Motion Animation in Art, a traditional afternoon tea lunch and a rather competitive Jubilee Bingo for Years 9 & 10.  Ms Gracie-Langrick together with Mrs Croydon and Margaret and Connie were also proud to represent CPHS at the Blessing and Dedication of the Maroon Canopy of Trees at Melville Barracks.  All pupils have also been gifted with a commemorative Jubilee pin. What a wonderful end to the Jubilee celebrations for our pupils.

A 'maroon canopy' of trees has been planted at Colchester's Merville Barracks to mark the Queen's Platinum Jubilee while celebrating the proud history and identity of airborne forces. A service of dedication was held at the barrack's memorial garden today *Mon 6 June* to unveil the 16 purple birches, planted as part of the Queen's Green Canopy initiative. The number of trees planted and the colour of their leaves will represent the maroon berets of Colchester-based 16 Air Assault Brigade Combat Team. The trees were planted as part of a renovation of the memorial garden, funded by RMPA Services which manages the Colchester Garrison PFI. Dignitaries including the Lord- Lieutentant of Essex Jennifer Tolhurst, Mayor of Colchester Cllr Tim Young were joined by children from local primary schools for the service, which was held on the 78th anniversary of D-Day. A key action on 6th June 1944 saw 9th (Essex) Parachute Battalion jump in to neutralise Merville Battery, an artillery position which threatened the invasion beaches. Merville Barracks was named to honour the contribution of Essex paratroopers on D-Day.