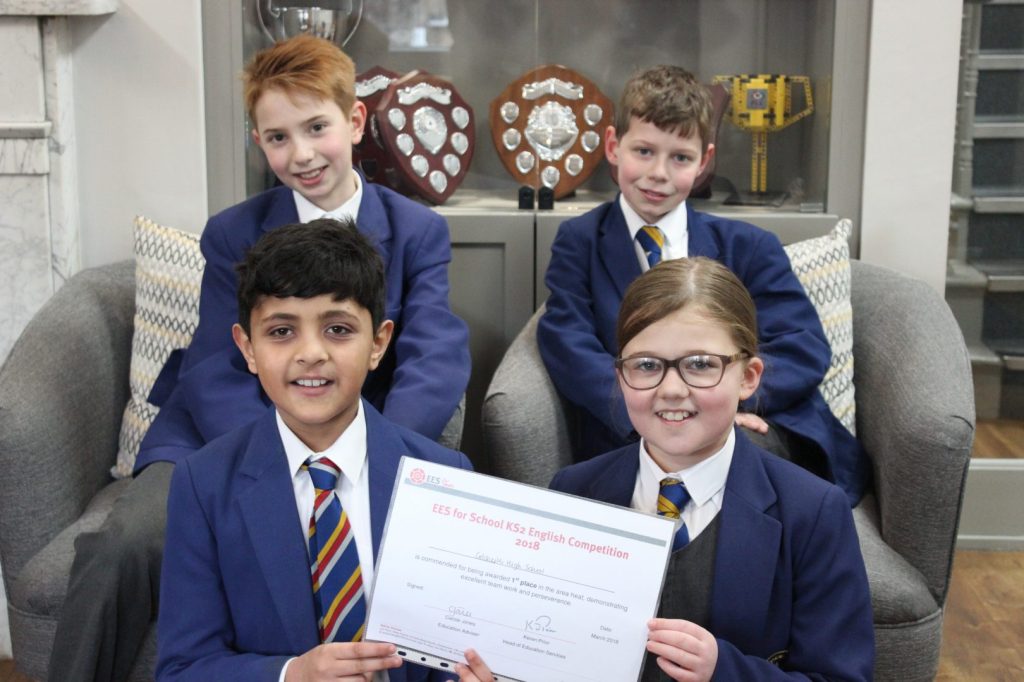 “On Tuesday 13th March, Tanish and Lauren (5M), Luke (6J) and Joshua (6B) went to St Thomas Mores’ Primary School to compete in Heat 6 of the Essex Education Services’ English competition 2018. There were five rounds, including our two favourite rounds where we had to replace missing nouns and re-order scientific fact files. The announcement that we had won was a surprise to the whole CHS team (except Mrs Hazell and Mrs Whitlam, who had been allowed a sneaky look at the results!) Overall, we scored 168/200, with the Runner-Up team following closely – only five points behind. We were all ecstatic when we found out that we were now going to the Essex finals on the 3rd July in Chelmsford.”

By Tanish and Lauren (5M)